Pilgrim’s to Invest $790,000 in Athens to Support Local Community as Part of Hometown Strong Initiative 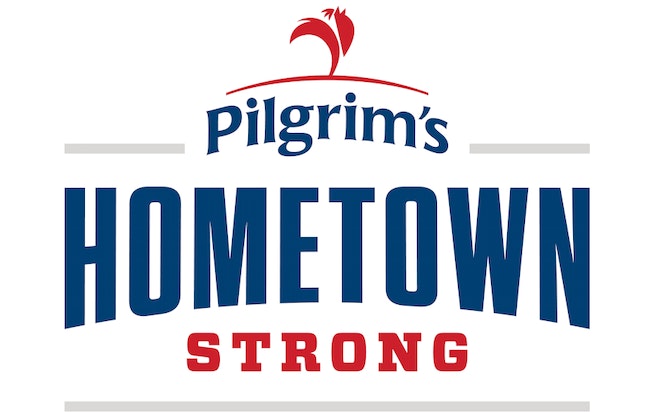 Building on its ongoing sustainability and social responsibility efforts, Pilgrim’s today announced plans to invest $790,000 in Athens, Ga., to support the community’s future.

Pilgrim’s has been working with local leaders to identify where the funds can best help meet immediate and longer-term community needs in three key areas: food insecurity, community infrastructure and well-being, and COVID-19 emergency response and relief efforts.

Community members may send suggested proposals for investment to hometownstrong@pilgrims.com.

“We are very proud to be members of the Athens community and a large employer in the area,” said Corey Watson, Pilgrim’s Athens complex manager. “Our Hometown Strong initiative is allowing us to collaborate with community leaders and contribute to projects that will make a difference for our neighbors.”

“Pilgrim’s is a critical partner in Athens and throughout the region,” said David Bradley, president and CEO, Athens Area Chamber of Commerce. “Their impact on the employment base is immeasurable. Pilgrim’s realizes that a more solid, holistic community is beneficial for all of us. These gifts provide support for valuable programs in this most critical time of need. We are grateful for the dedication of the workforce, management and corporate team at Pilgrim’s.”

The Pilgrim’s Athens production facility employs more than 1,600 people with an annual payroll of more than $41 million. The facility supports 259 growers, paying them more than $25 million per year for their livestock. Consistent with its long-term commitment to the local economy, Pilgrim’s Athens has invested more than $62 million in capital improvements over the last five years.

Pilgrim’s anchors dozens of rural communities – operating more than 30 meat poultry and prepared foods facilities and employing 31,000-plus people in the United States. Nationally, the Hometown Strong initiative is a $20 million investment from Pilgrim’s, which is part of a $50 million nationwide contribution from JBS USA. Visit hometownstrong.jbssa.com to learn more.