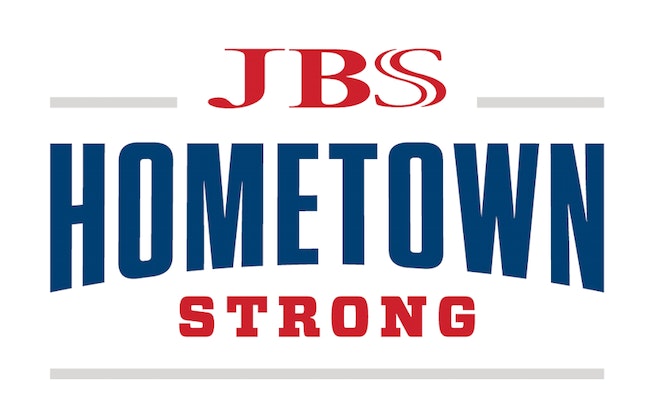 JBS USA is providing an update on how its Hometown Strong funds are being invested in Worthington, Minn. The company has worked closely with local leaders to identify how best to meet immediate and longer-term community needs.

Of that total, JBS contributed $1,784,000 toward a Revolving Housing Fund, which will develop and provide six affordable single-family homes in Southeast Worthington. JBS team members will be given priority consideration to apply for a loan of $15,000 to be used toward a down payment.

“We are proud to break ground on this exciting development, which will bring affordable housing options for six deserving families in our community,” said JBS Worthington General Manager Tom Hanson. “We are proud to offer this opportunity for JBS team members who need assistance taking that first step toward homeownership.”

On Mon., May 23, JBS Worthington hosted a groundbreaking ceremony near South East Side Park, signaling the beginning of development. In attendance was Worthington Mayor Mike Kuhle and Mike Daley, Executive Director at the Worthington Area Chamber of Commerce.

“This is a perfect partnership between the JBS family, community of Worthington and local developers to provide a housing opportunity for JBS team members,” said Mayor Kuhle. “The forward thinking being demonstrated by JBS leadership, building houses for their team members to invest in for the future, creates opportunities for all in our community. The city of Worthington highly appreciates this investment by JBS.”

To date, JBS Worthington has also funded the renovation of the recently opened JBS Field House and Recreation Center through a Hometown Strong investment of $1 million.

The JBS USA Worthington pork production facility employs more than 2,000 people with an annual payroll of more than $120 million. The facility supports more than 275 local producers, paying them more than $900 million per year for their livestock.