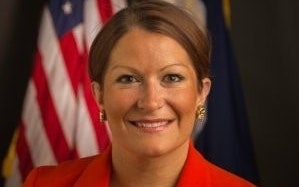 Thieman will be based in Washington, D.C., where she will lead the establishment of a new office and government relations team to support the company’s continued growth and evolution as a leading global food company.

“Karla is one of the brightest, most thoughtful minds in all of agricultural policy today,” said Cameron Bruett, JBS USA head of corporate affairs and chief sustainability officer. “She has established herself as a leader in food and agriculture policy and sustainability, which, coupled with her experience, political acumen, and passion for the men and women in American agriculture, make her an excellent cultural fit for our organization.”

Thieman joins JBS USA from Finsbury Glover Hering, a leading global strategic communications advisory firm, where she served as a partner in the Food and Agriculture division in their Washington D.C. office.

“My family has raised livestock for four generations, and I look forward to working in the industry that I grew up in and shaped much of the person I have become,” said Thieman. “I am also excited about the opportunity to build upon my work on climate, sustainability and social responsibility with a global company that is looking to lead in these important areas.”

Thieman grew up on her family’s third-generation farm in Central Missouri, where they raised cattle, corn and soybeans. She holds a Bachelor of Science in Agricultural Economics from the University of Missouri and lives with her family in Washington, D.C.