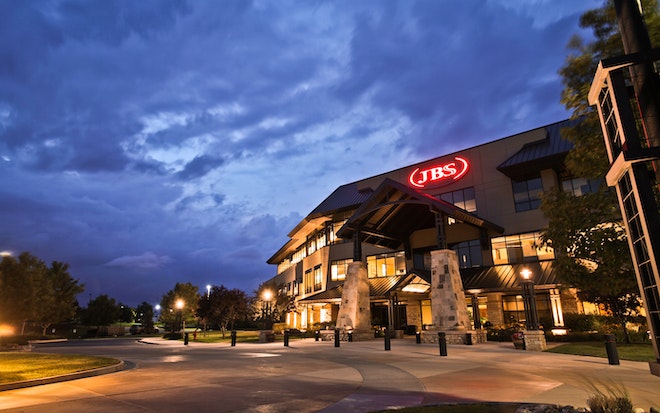 JBS S.A. (the “Company” or “JBS” – B3: JBSS3; OTCQX: JBSAY) hereby communicates to its shareholders and to the market, in accordance with the terms of the Brazilian Securities Commission (CVM) Resolution no. 44 dated August 23, 2021, a change in its global structure to reflect its growth, expansion into new businesses and geographical regions and ambitious sustainability commitments. As of January, the Global President of Operations position will be reinstated and jointly held by two executives: André Nogueira, who will lead the operations in North America, and Wesley Batista Filho, who will lead the operations in Latin America, and Oceania, and the global plant-based business.

With the company since 2007, André Nogueira is the current CEO of JBS USA. He previously served as JBS USA CFO and also led JBS in Australia. Current CEO of JBS in South America and Seara, Wesley Batista Filho led the beef division of JBS USA until 2017. Prior to this, he oversaw the company’s operations in Uruguay, Paraguay and Canada. In their new positions, they will both continue to report to Global CEO, Gilberto Tomazoni.

“We have reinstated this structure to ensure our focus on operational excellence, people and our culture, and better prepare our company to pursue our sustainability and growth strategy, while preserving independence and speed in decision making across our global businesses,” says Tomazoni.

Gilberto Xandó, currently a board member of JBS, will be CEO of JBS Brazil. He will report to Wesley Batista Filho. Xandó was in charge of Vigor for 9 years and was also a senior executive at Natura and Sadia.

João Campos, currently Seara’s Executive Officer for Prepared Foods, will assume the position of CEO, reporting to Gilberto Xandó. With Seara since 2020, Campos was CEO of PepsiCo Foods Brazil for over 5 years. Prior to this, he worked for more than a decade at Unilever.

Tim Schellpeper, currently CEO of JBS USA Fed Beef, will serve as CEO of JBS USA, reporting to André Nogueira. With over 30 years of experience in the industry, Schellpeper has been with the Company since 2017. Previously he was CEO of Maschhoff Family Foods and worked for 25 years at Farmland Foods and Smithfield Foods, reaching the position of CEO and COO of Smithfield-Farmland.

Steve Cohron, current head of Pricing and Sales at JBS USA Fed Beef, will lead JBS USA Fed Beef, reporting to Tim Schellpeper. He has more than 22 years of experience in the U.S. beef industry and joined JBS in 2005.